Free Shipping for Purchases over $100! 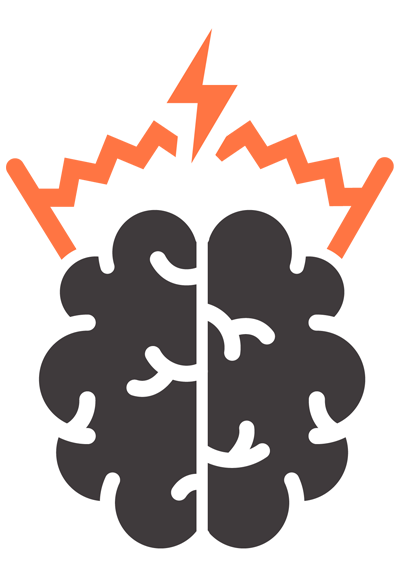 CBD has been proven to have more of an effect on the endocannabinoid system when full plant material and terpenes are present, which is why Theratonics chooses to harness the synergistic botanical effects of full spectrum hemp oil or broad spectrum hemp oil. Combining these elements with the power of nano-sizing these molecules, creates the ultimate effective and efficient CBD supplement.

CBD is the abbreviation for cannabidiol, one of the many cannabinoids, or chemical compounds, found in both hemp and cannabis. Theratonics utilizes all of the cannabinoids in the hemp plant in some of our formulations, which is called full spectrum CBD. CBD does not have psychoactive properties like it’s famous cousin THC. CBD naturally occurs in significant quantities in certain strains of hemp and smaller proportions in marijuana. CBD from hemp with no more than .3% THC is legal in all 50 states, as of the 2018 Farm Bill passing. Marijuana-derived CBD is not federally legal and is only legal in states where marijuana is legalized.

How CBD effects the Endocannabinoid System

The endocannabinoid system (ECS) is an intricate and powerful system that helps cells communicate and coordinate with other cells within the body. The responsibilities of the ECS are extensively important. The two main functions are to modulate pleasure, energy, and well-being and to slowly nudge the body back to health in the face of injury and disease.

As the primary homeostasis regulatory system in the body, the ECS regulates important components affecting the nervous system (how the brain will respond to trauma and inflammation), stress responses and emotional regulation (modulates the release of serotonin, dopamine, noradrenaline, and cortisol), the digestive system, appetite and metabolism, immune health, fertility health, and many other areas of health.

It’s believed that the number of endocannabinoid receptors in the body is greater than all other neuromodulatory receptors combined, including serotonin and dopamine receptors! This “bridge between body and mind”, according to Dr. Sulak, a medical cannabis expert, has been described as our body’s natural “pharmaceutical treasure chest”.

So why did it take so long to discover the endocannabinoid system (ECS), if it’s been in our bodies since the beginning of time?

The ECS was discovered in the early 1990s. The reason it was overlooked is because endocannabinoids bear a remarkable resemblance to cannabinoids you find in different cannabis plants. With thousands of researchers doing their due diligence to study this system, the discoveries will be substantial!

The importance of Water Solubility

Nanotechnology is the process of breaking a compound down into its smaller parts, making the compound more effectively absorbed, thereby utilizing it to the maximum therapeutic efficiency. With our nano-emulsion technology, CBD particles are being reduced down to 50-90 nanometers, making them more bioavailable and water-soluble. Bioavailability is the amount and rate at which a substance is absorbed into the body. Because our bodies are made up of mostly water, water solubility is important when addressing bioavailability. Learn more about Theratonics CBD Beverage Additives, featuring water soluble CBD and terpenes.

Terpenes are strong, aromatic oils that product strong effects on the body. They are oils secreted by the glandular hair found most densely on the floral leaves and flowers of female plants. An example of a common terpene is linalool, found in lavender, giving the plant its reputation for calming and sedative properties. Terpenes produce similar effects on the neurons in the brain as chemicals your body naturally creates. They act on receptors and neurotransmitters and act as serotonin uptake inhibitors, and augments GABA, mimicking antidepressants like Prozac and Elavil.

Terpenes modify the way cannabinoids “balance” your body’s endocannabinoid system. The complex interaction between terpenes and cannabinoids “could produce synergy with respect to treatment of pain, inflammation, depression, anxiety, addiction, epilepsy, cancer, fungal and bacterial infections” according to a 2011 report published in the British Journal of Pharmacology.

Hemp is an ancient plant tracing back to central Asia 36 million years ago. Before cannabis prohibition, hemp had been used for thousands of years in hundreds of cultures and countries to treat a number of ailments, including epilepsy, headaches, arthritis, depression, and nausea. British colonies grew and used cannabis for hundreds of years from colonization onward.

Where did it go? Political lobbyist-influenced congress passed the Marijuana Tax Act of 1937, outlawing possession or transfer of cannabis (including hemp) under the federal government, excluding medical and industrial uses. Although this law was repealed, cannabis was quickly placed on the Schedule 1 drug list in the Controlled Substances Act, right next to heroin *eye roll*. There is a tight linkage between the pharmaceutical industry and the FDA, neither of them wish for state laws to liberalize policies on cannabis. Why though?

Pharmaceutical Companies only make money by getting approval for medicines they can patent, giving them intellectual property rights and total control over manufacturing, distributing, and sales of what’s patented. Because you can’t patent a whole plant and pharmaceutical companies are aware of the healing properties of cannabis, they sponsored legislation and members of Congress to try to keep cannabis illegal.

The Hemp Revolution is Upon Us!

The 2018 Farm Bill, which became law on December 20, 2018, removed hemp from Schedule 1 controlled substances list, making it an ordinary agricultural commodity. This is with the stipulation that the hemp contains less than .3% THC dry weight. This means that we are free to sell, transport, and possess hemp-derived products! Next step: establish industry standards and regulations to ensure quality products, check out how Theratonics ensures quality products!

There were only 50 members when the International Cannabinoid Research Society (www.ICRS.co) was founded in 1992 but now has over 500 members from all over the world. Expect exponential research studies on CBD and other cannabinoids in the coming years! Newly published research can be found at PubMed.gov.

Bioavailability:  The proportion of a drug or other substance which enters the circulation when introduced into the body and so is able to have an active effect.

Bioremedation:  A process that uses mainly microorganisms, plants, or microbial or plant enzymes to detoxify contaminants in the soil and other environments.

Cannabinoids: Chemical compounds that act on cannabinoid receptors and alter neurotransmitter release in the brain, which is also known as the endocannabinoid system.

Cannabinoid Receptors:  There are two receptors identified CB1, predominantly present in the nervous system, connective tissues, gonads, glands and organs, and CB2, found mostly in the peripheral nervous system, consisting of the nerves located throughout the body, as well as digestive and immune systems. A lot of tissues contain both receptors, each linked to a different action. CBD modifies the receptor’s ability to bind with cannabinoids.

CBD:  CBD is the abbreviation for cannabidiol, one of the many cannabinoids, or chemical compounds, found in both hemp and cannabis. CBD does not have psychoactive properties like it’s famous cousin THC.

CBD Isolate:  This is the purest form of CBD. All other cannabinoids and plant compounds are completely removed and is ideal for those skeptical of THC or undergo frequent drug tests. CBD isolate does not deliver the same enhanced benefits as full spectrum.

CBD Broad Spectrum:  A mix between isolate and full spectrum, the THC is completely removed but the cannabinoids, flavonoids, terpenes, and plant parts are preserved, still delivering the enhanced benefits of the “entourage effect”. This offers more benefits of the cannabis plants than isolate. This is recommended for individuals skeptical of THC or that regularly undergo drug screening.

Endocannabinoids:  Molecules that are produced naturally by cells in the human body (“endo” means “within,” as in within the body) and bind to and activate cannabinoid receptors.

Endocannabinoid System:  A biological system composed of endocannabinoids which play an important role in your body to modulate well-being, pleasure, and energy, as well as nudging the body back to optimal health when facing an injury or disease.

Enzymes: Substances produced by a living organisms that act as catalysts to bring about a specific biochemical reaction.

Nanotechnology:  The process of putting cannabinoids in their most bio-active state.

Neuromodulation: The process by which a neuron uses one or more chemicals to regulate different populations of neurons.

Sublinqually:  The pharmacological route of administration by which substances diffuse into the blood through tissues under the tongue.

Terpenes:  Terpenes are strong, aromatic oils that produce strong effects on the body. They are oils secreted by the glandular hair found most densely on the floral leaves and flowers of female plants.

Tincture:  An infusion of a plant in a liquid base. Using a tincture dropper makes dosing easy, consistent, and accurate. Tinctures are best used sublingually. Suggested dosage depends on the person but a safe starting dosage is 25mg.

Transdermal:  A route of administration where the active ingredients are delivered through the skin for systemic distribution.

Water Soluble:  The ability to dissolve in water.

Due to the impact of COVID-19 on our shipping partners, delivery times may experience longer than normal delays. Your tracking information will be emailed to you as soon as your order ships. Thank you for supporting us!